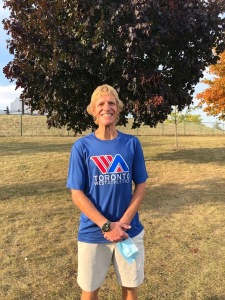 Background: I began running seriously in university as a member of my school cross-country team. Following graduation I continued competing, mainly in road races. I ran my first marathon in 2000 and have since done 19 more, including 2 with a jogging stroller and a PR of 2:38. I became a teacher that same year and have coached school cross-country and track teams and served as the cross-country pace bunny every year. I am still going strong in my 40s regularly placing amongst the masters leaders in both road races, cross country and multi sport events. As an athlete and a coach, I look forward to new running challenges in the future!

Coaching motto: In running, as in life, the more you put into something, the more satisfaction you get out.

Most memorable race: I ran leg 11 of The Cabot Trail Relay in Nova Scotia which begins just before midnight. Most of the       race is down a mountain overlooking the moon lit ocean. The Disney World Marathon was also a neat experience. The race begins  at 5:30 am so you run through empty theme parks as the sun rises.

Interesting fact: My running is fueled by a plant based diet. 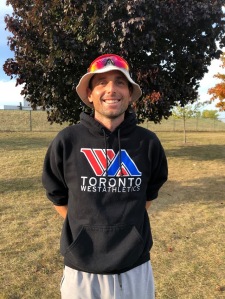 Background: As a high school cross-country skier from Toronto, running was the necessary evil… A means to an end… The end being a life long love for a sport that I never really competed in on its own. I trained through running to compete in skiing, which led to triathlons and adventure racing. If I was going to do a running race, my feeling was that it should happen in combination with other activities! Through all of my adventures, running has always been a part of facilitating my love of sport. As an educator, I have spent many years helping facilitate the enjoyment of running in young students, and now, I hope to continue sharing this love with young runners.

Most Memorable Race: 36-Hour Raid The North Adventure Race in the Haliburton Highlands – The race started at midnight, 25 hours later, we were trekking up and down a set of ridges and valleys. We got to the top of one of the ridges and I went to start heading down… I was stopped by my mentor, coach and teammate, who told me to look up. Our team of 4 stopped, looked up, and marvelled at the most beautiful star filled sky I have ever seen. We sat down and as a team shared that vista for the next few minutes… When we got up to set off, my mentor said to me (paraphrasing), “you’re not gonna look back at this race and think of the results, you’re gonna look back on this race and remember those 3 minutes…  and love this adventure.” And he was right. 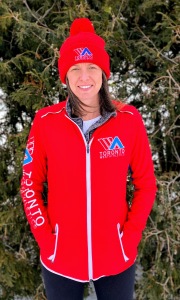 Background: I had my first taste of running as an elementary student in the TDSB, and I was hooked. I participated in high school cross country and track and have been a recreational runner for most of my life, shifting focus from road races to triathlon in recent years. My interest in coaching came from spending countless hours watching my daughters develop as competitive club runners. Running has become an integral part of life for my whole family – an activity that can be done virtually anywhere and has immeasurable physical and mental health benefits. As a coach with the junior development squad I hope to instill the same lifelong love of the sport that I was fortunate to develop in our young runners.

Coaching motto: Everything is difficult before it is easy. Persevering through adversity will gain you benefits far beyond just getting faster.

Most memorable race: Running the Coho Run in Vancouver, shortly after moving there. I was struck by the beauty and peace of running along beaches, over bridges, through Stanley Park and into West Vancouver.

Interesting fact: My whole family is involved with TWA – my three daughters all run with the club and my husband and I both coach with the Junior Development Squad. I’m considering lobbying to have our family dog nominated as the official TWA mascot. 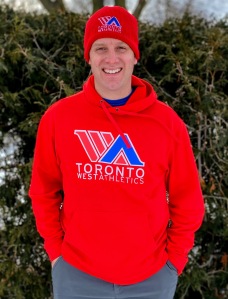 Background: Running has always been a part of my training as I competed in collegiate baseball in both the US and Canada. When I hung up the baseball spikes I began to focus more on running and started competing in road races.  I’ve also recently competed in numerous triathlons and continue to set multi-sport training goals. Running has always been a foundation to my athletic lifestyle, something I strive to develop in the young runners.

Coaching motto: Success is the result of hard work.

Most memorable race: I enjoy watching the kids race and reach their goals. Personally, I always enjoyed the early spring downtown starts running in the Vancouver Sun Run.

Interesting fact: I have three girls that run for TWA 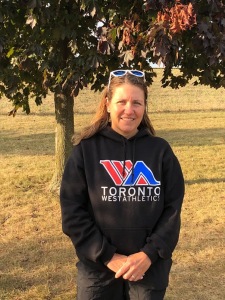 Background: Jill comes to coaching from a competitive track and cross-country back ground where she competed in high school and university. Highlights of her running career include placing 8th at OFSAA cross-country and leading her team to OFSAA team titles three times (and one second place) and 7th at OFSAA track in the 3000m. Her club team won the Canadian junior cross-country team title. In university, Jill achieved All Canadian status for cross country running when she placed 7th at the Canadian University Championships.

Most memorable race: Second year senior OFSAA cross-country championships. Jill was 8th as a first-year senior so was coming back for a medal as a second-year senior. This year’s course was very flat and fast in contrast to the previous year with challenging hills. Jill placed 3rd at pre-OFSAA and was excited. On race day, she ran as hard as she could go but placed 15th. She knew she gave it her all but wasn’t happy with her place. When she turned around in the finishing shoot to see her entire team in the top 20, she had a smile on her face as she knew the team title was secure.

Interesting fact: Jill has published a scientific article in the New England Journal of Medicine. 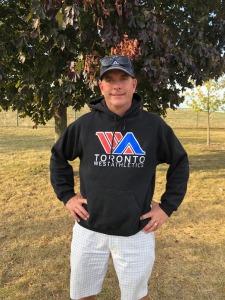 Background: Coach Geoff started running in grade 9, initially without much success, but he luckily had a very patient High School coach in Alan Keele.

Over the course of Geoff’s competitive career he was lucky enough to both train and race alongside a who’s who of national and world class athletes and coaches.

Most memorable race:  In 1997 unable to train for 4 months because of a freak injury, getting tripped from behind in a road race and landing on his knee cap.

Diligently cross training and with 3 weeks of training, Geoff’s debut race back from injury resulted in a 6th place at the Canadian 10km road race championships. This race also qualified Geoff to compete for Team Canada at the Ekiden Relay in Japan. A few days following the Eikeden race (and being quite sleep deprived) Geoff just narrowly missed qualifying for the world cross country championships. The following year Geoff ran Canada’s 4th fastest marathon in Cleveland.

Coaching Motto:   Stealing a quote from the great one Eliud Kipchoge:

Interesting fact: In high school, Geoff raced against and became friends with Doug Consiglio. During this time, Malcom Gladwell, the best selling author of Blink and The Tipping Point, was at the time the number one Canadian runner of his age in Canada.

Malcom has also authored “The Myth of Prodigy and Why it Matters”. Gladwell recounts racing against one of the poorer runners in grade 9 — Doug Consiglio, a “gawky kid” of whom all the other kids asked “Why does he even bother?” Well Doug stuck to it and gradually improved over his high school career, and went on to  glorious career racing in the Olympics, winning multiple NCAA titles, and in 1988 broke the Canadian 1500 record with a time of 3:35. Not too bad for a kid with no talent!! 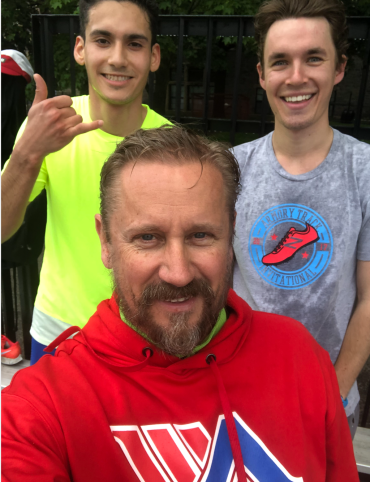 Coaching motto: My philosophy to training is a simple one. What an athlete puts into it, their commitment, their dedication, their desire to learn, their willingness to trust. This is what I in return give every athlete I’ll coach, regardless of ability.

Background: I have been fortunate over the past 10 years guiding athletes to OFSAA, Ontario and National Championships at Track and Cross Country. I don’t consider myself a specialist at any particular distance. I do consider myself a student of this sport and crave to constantly learn and improve. If you’re someone who wants to compete and improve, then I look forward to working with you. My primary focus is on College and Senior aged athletes.

My background in athletics began at the age of 12. I ran my first race in primary school and I was hooked. I had a good high school and college running career. I didn’t really peak as an athlete until I had completed all my schooling. I was fortunate enough to represent Canada at  World Championships, from Cross Country, Track and Road-races, gaining valuable experience travelling the world.  My peak came in 1992 when I qualified for the Barcelona Olympics. However I was unable to compete due to an injury. A few of my personal best times still rank in the top all-time Canadian rankings. Some notable best times I achieved are: 13:55 5000m, 28:33 10,000m. Roads: 13:48 5km, 23:11 8km, 28:37 10km and a 1:03:21 half marathon. I ran my only marathon when I turned 40, running 2:52:24. I swore I’d never do another one and so far I haven’t.

Most memorable race: My most memorable athletic experiences I’ve had are as a coach. Seeing the sense of accomplishment on an athletes face, is by far my most rewarding and memorable moments of my career.

Thank you to our sponsors