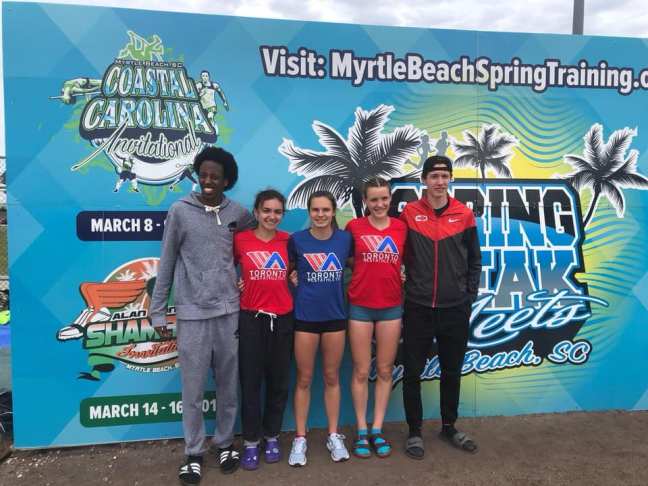 The 800/1500 group travelled to Myrtle Beach South Carolina for some badly needed warm weather and to put in a heavy week of training after a very successful indoor season.

Two workouts a day were on the menu, along with the Golden Corral chocolate fountain and Krispy Kreme doughnuts. In fact, the boys discovered Krispy Kremes to be a new meal of champions.

At the end of the week we participated in a University meet attended by D1,D2, and D3 schools also seeking some warm weather.

Daniel Rosen put conventional training theory on its ear by running 8:55 in the 3k- a new personal best at the end of the hardest training week of his life!

Hamza got introduced to big boy racing, running his first ever 5k in a crowded field of 17 with lots of pushing and shoving. He survived and hit his goal of 15:55.

Lauren got in some speed work running the 400, and Ivan ran a solid 800 on very heavy legs.

Now we regroup and will ease back a bit this week before starting the push to the high school season. 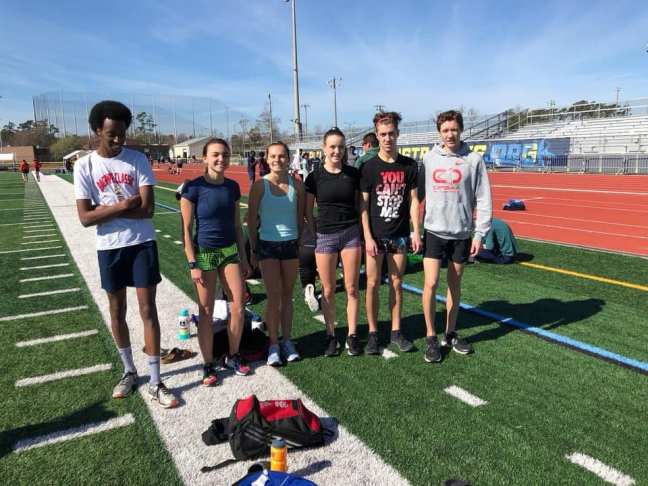 Thank you our sponsors

Thank you to our sponsors